Some of the many good news stories about the Gardaí, that the media seldom report on.  Everyday our Gardaí up and down the length and breath of our country are saving lives. Does not warrant media reporting all of the time. Are we surprised? No! I say well done to the many men and women of An Garda Siochana involved in this and many other operations. Keep up the good work. 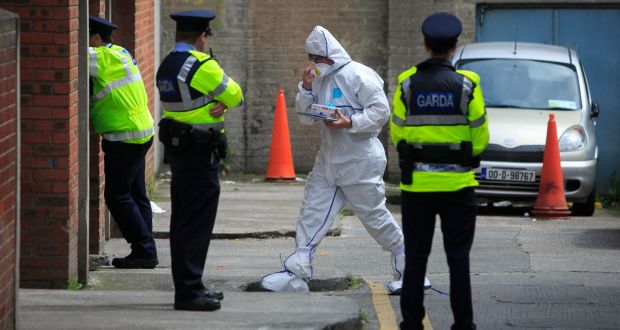 Gardaí at Sheridan Court, Dorset Street where the body of Michael Keogh, the latest victim of the Hutch-Kinahan feud, was found in an underground car park. Photograph: Gareth Chaney Collins

Mr O’Driscoll, who heads up the Special Crime Operations unit and is also responsible for Community Engagement and Public Safety told RTÉ’s News at One that efforts to tackle organised crime had been “relentless”.

Special units had intervened on “many occasions” when people had been targeted, he said.

On some occasions submachine guns and loaded fire arms were confiscated.

He said “in excess of 20” murders had been thwarted because of the actions of the specialised units.

He declined to say which gangs had been targeted in these attempts: “I will avoid going into detail, that would be encouraging them to have a score sheet.”

Structural changes within the force and increased resources had made a difference, and Gardaí hoped to keep the number of deaths to a minimum, he added.

The Assistant Commissioner pointed out that, while Gardaí send written notification to people whom they thought might be under threat, it was also up to the people in question to “behave in a way” that did not allow others to carry out the threat.