A Voice for Retired Workers – Protest at Dáil Eireann.

To: All Members of GSRMA 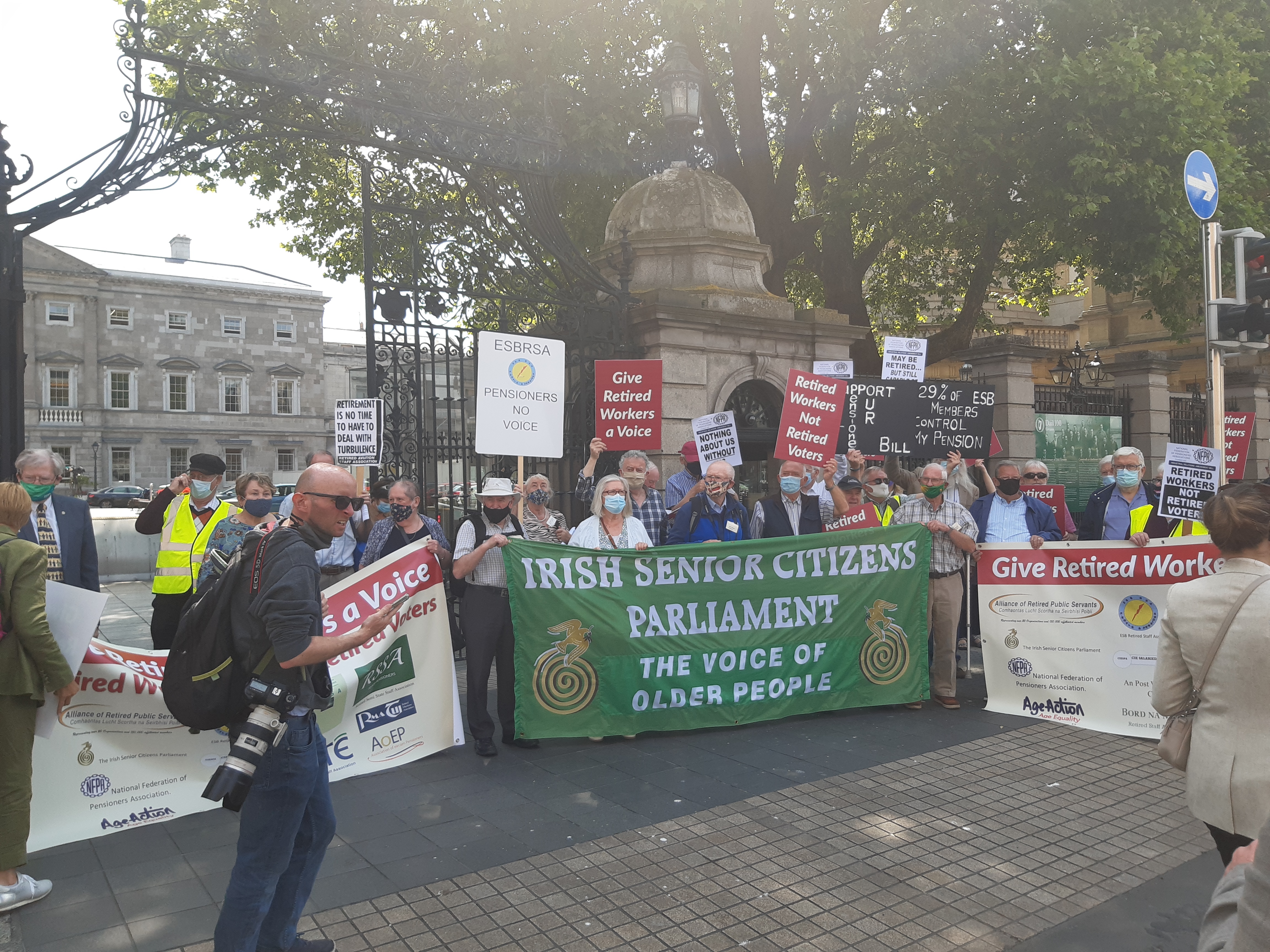 A Voice for Retired Workers.

This protest was in support of a Bill sponsored by Brid Smith, T.D. of the PBP seeking representation and a voice for retired workers.

The amendments to the Acts will be debated tomorrow in the Dáil and all T.D.’s and political parties have been canvassed by the GSRMA at National and at Branch level.

Central Committee Members, Joe Dirwan and Frank Fitzpatrick represented the GSRMA at the protest this afternoon.  Both are active members of the Alliance of Retired Public Servants and the National Federation of Pensioners to which the GSRMA are aligned.

Keep the pressure on your public representatives to secure a Voice for Retired Workers.